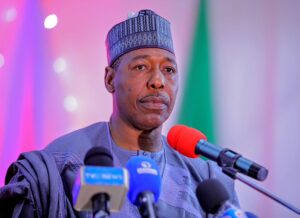 Borno State Governor, Professor Babagana Umara Zulum, has expressed sadness over reports of violence largely involving some supporters of the All Progressives Congress, APC, and the Peoples Democratic Party, PDP, during their recent campaigns. Zulum, in a statement issued on Thursday by his spokesman Malam Isa Gusau, directed the Borno State’s Commissioner of Police […] 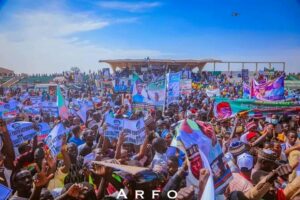 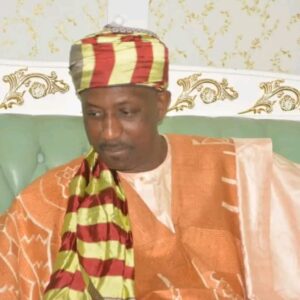 By Mu’azu Abubakar Albarkawa, Kaduna   A gubernatorial Aspirant under the platform of the All Progressive Congress APC in Kaduna State Hon Sani Shaaban has resigned his membership from the ruling APC with immediate effect. This was contained in a press release personally signed by him and made available to Newsmen in Kaduna. Hon Shaaban […]

Governor Babagana Umara Zulum on Sunday inaugurated Borno State’s Campaign Council for the All Progressives Congress, APC, ahead of the 2023 general elections. During the inauguration held at the multipurpose hall of the Government House in Maiduguri, Zulum reminded the campaign council of his ban against political thuggery and strongly warned that he was […] 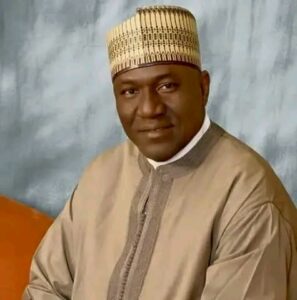 Our decision to go to PDP, in the best interest of Bauchi State – Mahmud Maijama’a group declare

By Adeyemi Akanji, Bauchi   Barely 24 hours after some members of the Maijama’a Steering Committee announced their decision not to follow their principal, for gubernatorial aspirant of the APC in Bauchi State, Mahmoud Maijama’a to the main opposition Peoples Democratic Party (PDP), other members of the Committee have supported the decision declaring that they […] 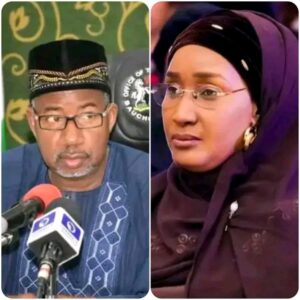 By Saadu Umar.   Is it right to make marriage an issue in this election: why is Qaura and PDP making it the centre of attention? They dread to run on their record and policies of attrition. Indeed, like wild swines freed from lions’ canines, Qaura and PDP are running, fearfully, away from their records […]

Adamawa All Progressive Congress crisis deepens as Senator Aishatu Dahiru Ahmed Binani has steps down from the coordinator of the presidential campaign committee of Bola Ahmed Tinubu. The All Progressives Congress, APC, crisis in adamawa is taking a new dimension deepened, rooted down to a possible of no remedy, as the state coordinator of […] 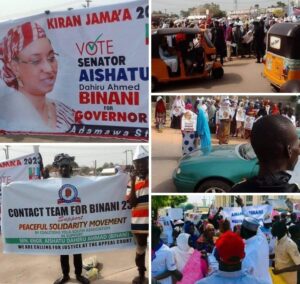 By Rayyanu Abubakar, Adamawa   A Progressive young women forum of Adamawa state has demonstrated peaceful protest to show their solidarity over the recent concluded court judgment that disqualified the APC candidate in the forthcoming governorship elections. The peaceful protest started from the entrance of Jabbama Gate to the Yola south all progressive congress secretariats […] 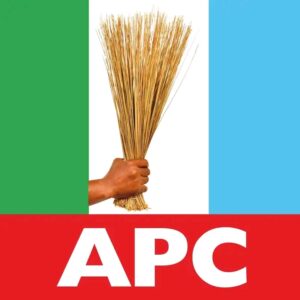 Re: Bauchi Guber Contest: Is APC Riding Against The Tide?

By Saadu Umar.   Reading the above question, posed by Zainab Okino, I can only hear her voice but see the hidden hands of Qaura. However, to answer her: Bauchi APC is not “Riding against the tide”. Rather, the Bauchi APC is riding on the wave of its popularity and the integrity, character, credentials, competence […] 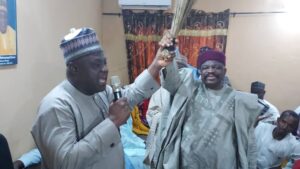