Bauchi State Governor and presidential aspirant under the platform of the People’s Democratic Party (PDP), Senator Bala Mohammed Abdulkadir has called on Nigerians to contribute their quota in rebuilding the country, adding that if elected president, he will ensure his administration leaves behind legacies and landmarks by developing modern technology. 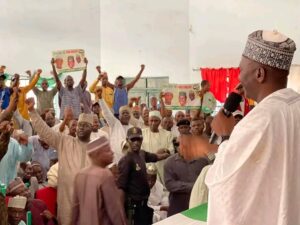 Mohammed made this known while interacting with stakeholders and delegates of the People’s Democratic Party (PDP) in Kebbi, Katsina and Kano states where he added that fostering unity and involving community leaders in security architecture will be his top priority.

He added that his presidency will leverage resources and bring people from various section of the country in addition to providing Nigerians with exemplary leadership they desire to actualize their aspirations. 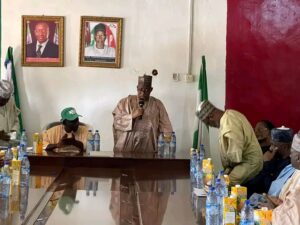 In their separate remarks, delegates and stakeholders commended the presidential aspirant for stimulating their beliefs of a better Nigeria and pledged to support him succeed.

Governor Bala has during his visit to Katsina paid homage to family of Nigeria’s former President, late Umaru Musa Yaradua. 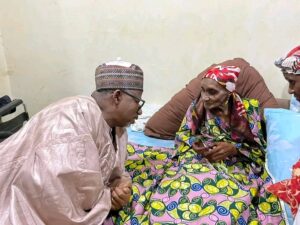