The funeral prayer was led by the Imam Idaini of Borno, Imam Shettima Mamman Saleh at the Shehu of Borno’s Palace in Maiduguri.

Shehu Mohammed Ibn Masta II died in Abuja on Saturday at the age of 75 after a protracted illness. 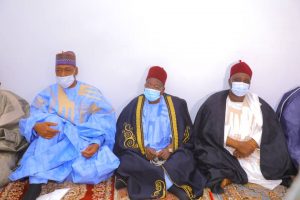 The Governor while responding to journalists after the funeral prayer described the death as shocking and great loss.

“Indeed it is a very sad moment for the people of Borno State, and in particular, the people of Dikwa Emirate Council. The late Shehu was a legend, he was humble, and a very generous person. We will miss him a lot. May Almighty Allah in his infinite mercy forgive and admit him to Jannatul Firdaus.” Zulum said.

“It was so shocking, because he was a unifying factor in Dikwa Emirate Council. His absence will seriously create a vacuum. There should be no way we will continue our scheduled activities in southern Borno while we losse a king. We came back home immediately in order to witness the funeral prayer.”

The Shehu of Borno, Abubakar Umar Garbai El-Kanemi also described the death of the late monarch as a great loss to the entire people of Borno. 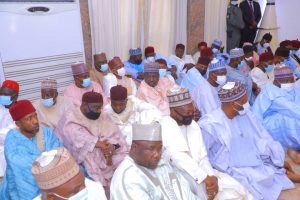 ” It is very sad and great pity actually, a great loss for us. In fact, he is one of the very respected rulers, number two in the ranking of the traditional institution in the State. After me is the Shehu of Dikwa. Indeed it is a great loss not only to his immediate family or people of Dikwa, but the entire Borno State. May Almighty Allah grant him into Jannatul Firdaus.” Shehu Garbai said. 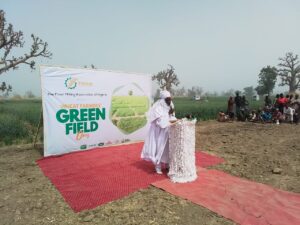 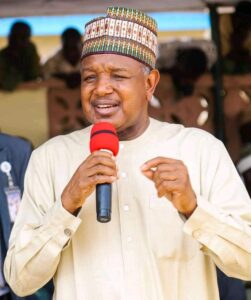