He made the request when he led a delegation from Ningi and Warji Local Governments to a courtesy visit to the headquarters of the Authority in Kano.

The Speaker stated that activities for the construction Galala Dam and Galala Irrigation Scheme started in the early 1980s and has brought much economic activities and engaged a lot of people in the two local governments in particular and other adjoining communities in Kano State and Jigawa States.

However, the Speaker said that all the gains have become history due to none completion of the irrigation scheme and lack of easy access to the site. 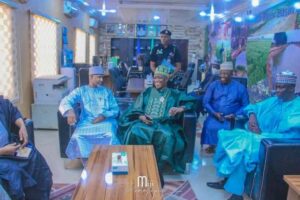 He therefore appeals to the Authority to once again undertake an assessment of the Dam with a view to bringing it back to life.

The Speaker who was accompanied by the chairmen of Ningi and Warji Local Government Areas; Hon. Mamuda Hassan Tabla and Hon. Muhammad Adamu Danjummai explained that completion and rehabilitation of the Galala Dam and commencement of the irrigation scheme will enhance economic activities and boost the lives of the people of Bauchi and Jigawa States as well as other communities that reside in the area through massive creation of jobs. 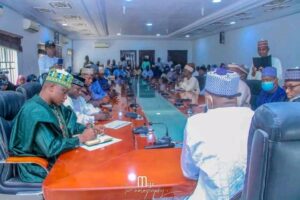 Rt. Hon. Abubakar Y Suleiman also urges the Authority to hasten completion of modalities to establish a befitting water system that will provide clean water to the people of Ningi as directed by the Minister of Water Resources Alhaji Suleiman Adamu whom he paid similar visit to last year.

” I appreciate your activities in the Hadejia valley in particular, which has been touching and transforming the lives of the common man not only the indigents but other seasonal visitors who undertakes dry season farming in the area. I have no doubt that, with much funding support from the Federal Government your Authority will aid in boosting food production to sustain not only the entire Northern region but the entire country at large.” He added.

On the request of the Authority for intervention to reclaim its lands encroached by people at Galala, Gayin and Kafin Zaki, the Speaker pledges to work with the Ningi Emirate Council and the two local governments chairmen to ensure the lands are reclaimed.

In their remarks, the executive chairmen of Ningi and Warji Local Government Areas, Hon. Mamuda Hassan Tabla and Hon. Adamu Muhammad Danjummai urge the Authority to complete the construction of Nasaru-Dallaji access road which is abandoned, in order to provide easy access to the irrigation sites.

In his response, the Managing Director of the Authority Alhaji Ma’amun Da’u Aliyu commended the Speaker for the visit which he described as first of it’s kind by people of his calibre from the three benefiting states to the Authority.

He explained that Dalala Dam construction has been completed and what remains is the actualization of the irrigation scheme which has the potential of 3500 hectres out of which 250 hectres are partially developed.

The Managing Director assured the Speaker that already the Authority has provided fund for the completion of the Galala irrigation scheme in which procurements are being done and within the next six months Galala Irrigation Scheme will be operational as first solar powered irrigation system.

He lamented that people have encroached the lands set aside for the irrigation scheme in Galala, Gayin and Kafin Zaki, therefore called on the Speaker, Ningi Emirate Council and the State Government to intervene in reclaiming the lands. 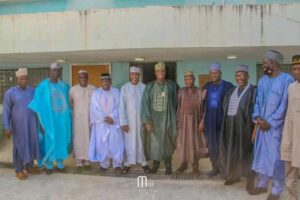 On the actualization of Kafin Zaki Dam project which was halted due to political issues, Alhaji Ma’amun Da’u Aliyu stated that the project is redesigned in which a quarter of the intial concept of the project will be constructed which will not affect other aggrieved States.

On Ningi Water System, he stated that he has already received order from the Minister of Water Resources to design a water system for Ningi and that has been done in which they will soon move to site for further works.