Wike was speaking in Bauchi Government House while celebrating the new year with his Bauchi counterpart adding that Governor Bala’s selfless service to humanity, humility and sacrifices for unity are what made him suitable to be the Nigeria’s President.

According to Wike Governor Bala deserves accolades for the numerous projects executed under his watch in the state despite the economic challenges hence the need to support him to rescue Nigerians and Nigeria. 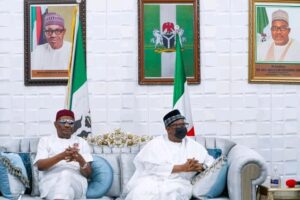 Wike added the People’s Democratic Party (PDP) is proud of the Bauchi Governor for his efforts towards building the state beyond expectations and for his commitments to the development of the Party.

He recalled the existing cordial relationship between Bauchi and Rivers State which started about six decades ago adding that the tradition will be strengthened and maintained for the development of the two states and Nigeria. 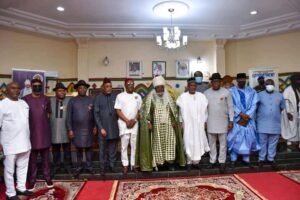 Responding, Governor Bala appreciated his Rivers counterpart for the visit adding that Wike is a noble leader worth emulation by Nigerians.

Governor Bala said Nyesom Wike is a grassroot politician who believes in the unity and progress of Nigeria and the PDP adding that the auspicious visit will strengthen their friendship and development of their respective states.

He called on the governor to feel at home describing him workaholic leader who carries his constituents along without fear or favour.

Governor Bala said Nyesom Wike has provided curative and salutary effects and way forward to the successes of the PDP before, during and after the recent congress. 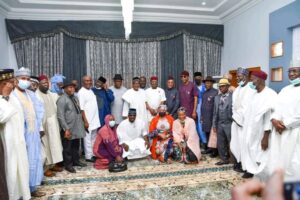 He reiterated his administration’s commitment to supporting youth and women across the state by providing them with exemplary leadership saying that the PDP remains the Africa’s largest political party that supports Nigerians in all times.