Borno state Governor, Professor Babagana umara has addressed multinational groups in New York, United States of America, towards increasing focus on the education of girls in Nigeria and around the world.

The Governor traveled to the US as part of President Muhammadu Buhari’s delegation to the 77th United Nations General Assembly (UNGA77) held at the UN headquarters in New York City.

Aside his participation at the UNGA, Zulum was invited as a special guest speaker at a programme, tagged ‘Rewrite the Future’ which was held last Wednesday, to call attention towards increased investment on girls’ education around the world.

The event was organized by a non-governmental organisation, ‘One Million Teachers- ‘1MT Cares’ in collaboration with two other NGOs: ‘Girl Rising’ and the ‘North East Children’s Trust’. 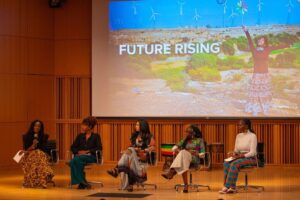 Governor Zulum made a presentation titled, ‘Investing in Girls’ Education in Nigeria, with a focus on Borno State.

He noted that to augment gaps in girl child education, the federal government in collaboration with states, introduced a programme Better Education Service Delivery (BESDA) and Adolescent Girls Initiative for Learning and Empowerment (AGILE) Project, targeted at educating girls of school-age.

The Governor said the programmes are vehicles for increasing the enrollment of the girl-child into schools. 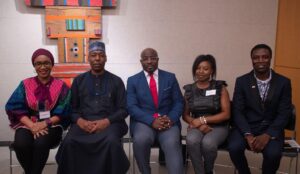 “In the northern part of Borno State, a deficit of girl child education is overwhelming. We need more teachers, more training of teachers, laboratory equipment etcetera to enable our children to have better education” Zulum said.

The Governor said the state’s educational system was worsened by over 12 years of the Boko Haram insurgency which was now on decline.

He said aside deaths of over 100,000 persons and displacement of about two million, the insurgents targeted many schools.

Zulum cited that over 5,000 school buildings were destroyed by Boko Haram.

These attacks made many schools to close down and also brought down number of teachers. 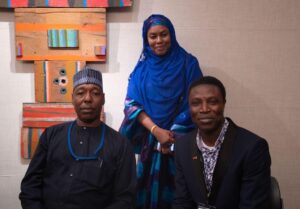 “Over 530 teachers were killed, many pupils and students were displaced or possibly abducted and conscripted into Boko Haram as spies or young fighters while some were killed” he noted.

He noted the Chibok abduction and forced marriage of some of the students as a reference point.

The Governor said there are many out of school children particularly amongst 52, 293 orphans whose parents were killed by insurgents.

He lamented that because of the peculiarity of the problems, meagre resources of the state, which were hitherto budgeted for education before 2009,  were then channeled to security and upkeep of IDPs within and outside the state.

On the way forward, the Governor said Borno has established an Education Trust Fund to augment funding, recruited over 1,000 Teachers, built 21 mega schools and rehabilitated dozens of existing schools and also provided mobile laboratories for physics, chemistry and biology in secondary schools.

“We have been providing free uniforms, we train school managers and we decided to provide a feeding system to our primary school pupils through support from federal government under the leadership of President Muhammadu Buhari and our able Vice President, Professor Yemi Osinbajo to attract pupils” Zulum said, adding that the state Government was paying examination fees to support parents.

The event at which Zulum spoke was moderated by Chika Oduah a Journalist, poet, writer, documentary film maker, photographer and correspondent for VICE news.