LAMEER ISAH LAGO: Congratulations for reelection as the Dean School if Science and Technology ATAPOLY Bauchi

It is the norms of life to get and to loose but what makes a real man last long with such blessings is cordial relationship with other people. Many are craving and having sleepless nights just to emerge victorious in different positions, yet they forgot that God has planned everything since before they are born. Lameer Isah Lago is a born champion who scaled through several hurdles in life, he is optimistic in whatever he do which has been the reason numerous people cherish and adore him like gold.

That is why the mention of Dr. Lameer in the 21st century Abubakar Tatari Ali Polytechnic Bauchi will propel the thinking faculty of any staff and student to reflect on one giant. Which is, the contemporary Computer Guru and projects initiator Dr. Lameer Isah Lago, whose stint as the Dean School of Science and Technology is too notorious to be ignored by all.

Lameer is an all-encompassing leader who often times takes panadol for other people’s headaches, he sacrifices a lot ranging from time, effort, connection as well as money in making dreams of uncountable number of people true. A teacher affects eternity; he can never tell where his influence stops, wrote Henry Brooke Adams. It sounds as if Mr. Adams, the American Historian, had Lago in mind when he wrote that. For the fulcrum of his life as a leader is to teach, and teach and teach by action.

Lameer was born in 1977 in the heart city of Darazo to the family of Alhaji Isah Lago. Young Lameer first received religious education from home, he was trained by a virtuous mother who never treat her biological children better than others and coached by a pious father. The best one can get from family members and relatives is putting aside love when it comes to guidance back on track; Lameer is endowed with relatives that reward excellence, appreciate efforts and give punishment when wrong is done.

Furthermore, Lameer started his higher institution from Abubakar Tafawa Balewa University Bauchi where he did a Degree on Computer Science and graduated in 2002. Vibrant Lameer attended COE Azare where he studied his earlier course and accomplished it in 2017, he further gone for M. Sc Computer Science in ATBU. Lameer therefore is a certified computer operator who gained certificates as well as Degree in the field.

Intelligent Lameer has attended many conferences, workshops within and outside the country, he presented papers and have collaborated with many in the fight for students’ rights. Lameer is indeed one of a kind who put interest of others first while his last, he sacrificed his time, effort and money in secretly assisting his students towards their studies but mostly asked not to be named.

Recently, amiable Lameer gave a try to the office of Dean, School of Science and Technology and unexpectedly won it; many are expecting alot from you and believed that you would discharge all your duties effectively. Having garnered experiences in several positions he held, they would serve as his guide in carrying-out impactful projects. May Allah Help You Execute Campaign Manifestos and Never Fail. Amen 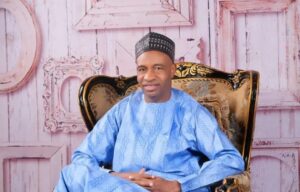 By Ahmed Ghani Hassan   The 20 wards of the local government’s constituents in Bauchi Local Government Constituency, a hotspot in the election of Bauchi State, need a vibrant person who could fulfill their hopes and dreams. However, most of the time, the residents of the area elect the wrong candidate.But this time, the citizens […] 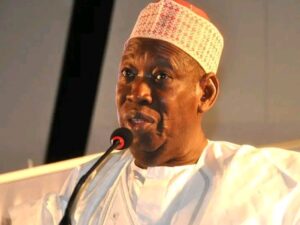 By Aminu Dahiru   A friend from another state in the country who is envious of the Kano State’s notable achievements in the last seven and a half years asked me of the secret behind Governor Ganduje’s monumental infrastructural projects. This friend was making reference to the recent mega projects the patriotic governor commissioned recently. […] 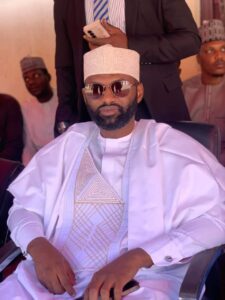 (An opinion) By Abdulwali Anwar Tahir Here is a young man with a humane character donating his money, time and reputation to make a difference in the lives of others especially the orphans and most vulnerable in the society. Hon. Yazeed Shehu Danfulani in his generosity is presently sponsoring over 1,000 orphans in their […]