A gubernatorial aspirant on the platform of the All Progressives Congress, APC in Bauchi State, Mallam Nura Manu Soro has distributed 63 brand new cars to party leaders.

Mallam Nura, who said that the 63 cars are among the 100 to be given to the party’s faithfuls, says he is ready to accept the outcome of the primary election, provided it was done in a free and fair atmosphere. 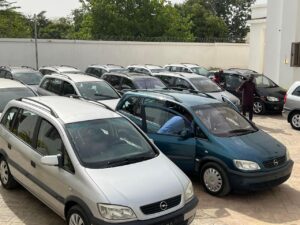 He said that, “Knowing that power comes from God, I am ready to work for the party’s success no matter the outcome of the primary, my only call is that, the process was free, fair and acceptable by all”.

The aspirant stressed that, “what is ahead of us is how to win the election in Bauchi state. The APC must do everything possible to reclaim power from the PDP, which has failed the people of the state”. 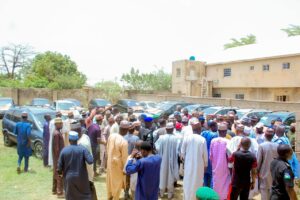 Recall that, the aspirant has earlier announced the donation of 20 vehicles to all the party’s Chairmen in the 20 LGAs of the state, 112 motorcycles to the 112 political ward Chairmen as well as undisclosed amount of money to the State Executive Council.